What FARI Means to me, by Robert Smith, PhD 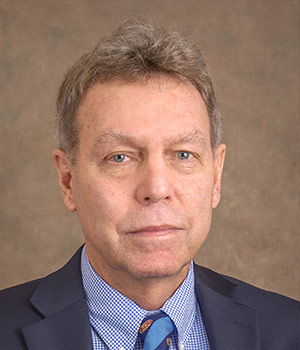 The Florence A. Rothman Institute (FARI) is hyper-collegial. A formal “mind-share” conference occurs at least weekly, but frequently 1 v 1 or small group sessions spontaneously occur in a corridor, office doorway, office, or via video conference. At FARI synergy is palpable. The FARI mission is to improve healthcare delivery by performing and supporting research to develop and utilize innovative techniques for analysis of data within electronic medical records (EMR).

Our data science methods unpack the information and knowledge emerging from the “natural experiment” of everyday medical care documented in the EMR. Aim is to gain as much knowledge as possible from every patient encounter to advance understanding of care delivery and outcomes. The “small-data” captured for individual patients coalesced in EMR produces the “big-data” of health systems. Secondary analyses of these data provide knowledge that impacts both Individual and population health. Goal is to develop and extend analytic approaches to catalyze continuous learning by health systems and practice quality improvement. For me, working at FARI is the consummate capstone. I came to FARI after retiring from the National Heart, Lung, and Blood Institute, a component of the National Institutes of Health (NIH). Before working 10-years at the NIH, I was privileged to direct clinical research in anesthesiology, critical care medicine and pain medicine at Tulane University (4Y), University of Florida-Jacksonville Health Education Program (8Y) and University of South Florida (15Y). My Ph.D. degree was earned at the University of Florida and I am a Fellow in the College of Critical Medicine.

What FARI Means to me, by Erin Craig – Data Scientist 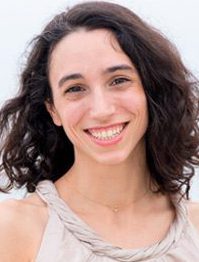 When I was very young, my grandparents moved in with my family. Growing up with them was incredible. My grandmother and I read books, baked bread, and decorated cookies; my grandfather told stories, taught me to drive a tractor and kept a great candy stash poorly hidden.

Over the years, however, something shifted: my grandparents needed help, and my family and I began to support them. My grandfather’s mind remained sharp, but his body struggled; my grandmother’s body stayed strong, but she faced dementia.

Years later, my father was diagnosed with laryngeal cancer; he needed help, too.
With my family, I spent time in hospitals, rehab centers, and nursing homes; I saw the frailty and resilience of the human body, and the strength of the will to live. I learned the true value of health care and of compassion.

I wake up excited to start work every day; at FARI, I work to improve health care not just for my family, but for everyone. My colleagues share this enthusiasm – for each of us at FARI, this work is personal and important.

What FARI means to me, by Duncan Finlay, CEO 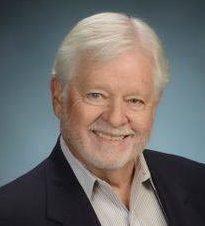 You don’t get many, if any, chances to make a difference that will positively impact the lives of millions of people.

That chance came to me in 2005 when Steven and Barbara Rothman appeared in my office with an idea that ultimately became the Rothman Index (RI), developed by Steven and his brother, Michael, in an attempt to keep other patients and families from experiencing the kind of preventable death that took their mother’s life.

If I have anything to be proud of in my life it is that I recognized and supported their efforts, their altruism, their genius and their struggles to bring their work to the healthcare world. It has not been quick or easy but today the Rothman Index is saving hundreds of lives and preventing unnecessary suffering with only more and better things to come as it moves from the hospital to the rest of the healthcare world.

I now go to work every day at FARI, our research institute dedicated to bringing the same approach to data analysis that created the RI to everything from early detection of Alzheimer’s Disease to new reference limits for common laboratory tests, predicting and preventing hospital readmissions and not least, enhancing the Rothman Index. I work every day with unbelievably talented people as we discover the information not easily visible in the data stored in electronic medical records. I marvel at the skills and brilliance of my colleagues as they use data analytic techniques that are on the cutting edge.

I remain convinced and committed to that cause and know we will make a real difference in the lives of others.

“It Takes Two to Tango” When it comes to Patient Engagement

“It Takes Two to Tango” When it comes to Patient Engagement

Perhaps the hottest topic in healthcare at the moment is Patient Engagement. It’s the idea that patients who are informed about and given access to their personal medical record, educated about their medical conditions, given effective access to caregivers and engaged in decisions about their care will be healthier, happier and spend fewer health care dollars.

Like a lot of things it sounds far easier than it has proven to be. We should remember that this must be a two-way street. Caregivers will have to put in the time and effort and the patients must make the effort as well.

Some recent information from a study by Black Book Research quoted by Fierce Healthcare’s Glenna Shaw indicates that there is a growing lack of public trust in the ability of the technological tools we use to protect private information. The distrust is not only about a patient’s medical conditions but also demographics, SSNs and other non-medical information. Incidentally, the lack of trust is with the technology — not the doctors or hospitals.

Personally, I have been notified twice about potential data breaches involving my physicians’ medical records. Large healthcare systems have been in the news many times in the past few years for either data breaches or fines by the Feds for inadequate protection of such data. Some organizations have reported that their data had been breached and was being held for ransom!

We, at FARI, are looking into this issue and will be announcing a study soon.

“It ain’t the arrow, it’s the Indian,” means don’t blame your golf clubs if you hit a poor shot –it’s the user, not the tool. In contrast, in today’s medical practice, it’s the “arrow,” not the physician that’s the problem with electronic health records (EHRs).

Today’s EHRs are often more time-consuming for the physician, interfere with patient-physician relationship and increase, rather than decrease, personnel cost.

Although numerous articles have characterized U.S. physicians as technophobic and resistant to change when it comes to EHRs, a recent Rand survey shows that physicians clearly recognize their potential to improve patient care. They are just frustrated with the tool they are forced to use.

According to an AMA survey, physicians unhappiness with EHRs is higher today than it was five years ago, and a 2014 survey of 13,650 nurses found that 90 percent said their EHRs had adversely affected communications between nurses and their patients.

I can personally attest to that unhappiness with EHRs. I was a physician in private practice for 24 years before becoming the CEO of Sarasota Memorial Hospital, an early adopter of the EHR (1996). I believed in the potential of this new tool and forced my fellow physicians to endure the deployment of CPOE (Computerized Physician Order Entry). But in my last few years at the hospital, I kept asking, “Where’s the beef?” It was not at all clear that the benefits of this expensive EHR effort would exceed the negative effects.

A very basic reason the EHR is so unsatisfactory for caregivers who use it every day is that this electronic tool was not designed for them but rather for insurers, corporations and governments, and it actually meets their needs quite well. That focus on serving payers has come at the expense of doctors and nurses who need a better tool in patient care designed for them as the primary users.

Innovative companies are reaching out to physicians and nurses to see how to incorporate user-oriented features into the current EHR framework. However, hospitals and physician practices have already made such large investments in their existing systems they can’t afford to start over.

What’s needed is a value-added approach that brings in new analytic methods to the existing tools.

Think of the current EHR as a giant filing cabinet with tons of records locked inside that are very hard to examine. Nurses spend a large proportion of their time assessing patients and as much or more documenting their actions in the EHR. Yet this information is very seldom reviewed (unless in court months later) and much of it seems irrelevant. Anyone who has tried to review an EHR, as I have, to see what actually occurred during a hospital stay knows how frustrating this can be.

Until recently, analysis of this information has been mostly based on coding data done after discharge, checking to see if various requirements have been met, and analysis of cost and “quality” data.

Fortunately, several very potent (and user friendly) analytic tools are now available that can turn the EHR into an arrow that actually hits the target. For example, the Modified Early Warning Score (MEWS) helps identify patient deterioration, there are numerous sepsis screens, and the Rothman Index turns EHR data into actionable information for both chronic and acute conditions.

Analytic applications such as the Rothman Index utilize the nursing data, vital signs and lab results in a proactive approach that allows caregivers to detect patient declines, enhance communication on the team, and serve as a basis for real quality measures. This versatile tool even provides a means for caregivers to follow a patient in the non-acute setting, such as skilled nursing facilities, home health, physician offices and even independent living facilities, and help determine the appropriate level of care.

Six blind men, one elephant and how we measure Quality in Healthcare…

Six blind men, one elephant and how we measure Quality in Healthcare…

The latest issue of Health Affairs contains a report about the annual cost to US physician practices of reporting quality measures ($15.4 billion). My attention was piqued by their comment that state and regional agencies currently use 1,367 measures of provider quality of which only 20 percent are used by more than one state or regional program. Furthermore, a study of twenty-three health insurers found that 546 provider quality measures were used, few of which matched across insurers or the 1,700 measures used by federal agencies.

It seems to me that we in healthcare are sort of doing the same. We started by analyzing “bad outcomes” and at least advanced to blaming the system instead of the individual. Next we began looking at cost per case and advanced to at least adding in severity measures such as APR/DRGs. Separately Six Sigma and “lean” management techniques became popular. More recently we have really focused on checklists and guidelines. The latest is patient satisfaction.

All of which make me think of the elephant and the blind men. We come at Quality from many directions but often reach highly disparate conclusions. One measurement still lacking is a measure of a patient’s condition before we start doing whatever it is we do as well as a measure of how our patient is after we finish. Such a measurement would satisfy a basic tenet, that you must have a way of measuring the effects of you efforts if you are to have a meaningful quality tool.

Such a tool now exists. It is called the Rothman Index (RI) and uses a patented algorithm to create a number between 1 and 100 which represents a patient’s “overall physiological condition or reserve” irrespective of diagnosis and reflective of treatment and is based on commonly available data. It is well documented in the peer-reviewed literature and since the “patient” serves as his own control seems particularly reliable. Using this approach would allow a before and after comparison applicable to hospitals, practitioners, various interventions or medications.

I hope it is not a seventh blind man.